On Saturday 15th December Slaughterhouse Gym Launceston hosted the WRPF Down Under Classic at Slaughterhouse Hobart. This was a push/pull comp meaning Bench and Deadlift combined total or bench only or deadlift only.

TSD had the largest representation of any gym I have ever seen at a powerlifting competition, we had 14 lifters across a variety of divisions, with great success!

As our powerlifting team grows, as does it's strength. The support shown from one competitor to another was nothing short of inspiring.

A huge thanks to WRPF and SLHG Laun for another well organised event. Thanks to Howie and Cody for cheer-leading from the crowd and keeping all of our friends updated with pics and videos, family members and friends for supporting from the crowd, all of the spotters, loaders and judges who donate their time to the event.

Range of apparel from The Strenth Den.
Gym T-shirts are a Great birthday and Christmas gifts or maybe you just need some quality gym wear to train in? 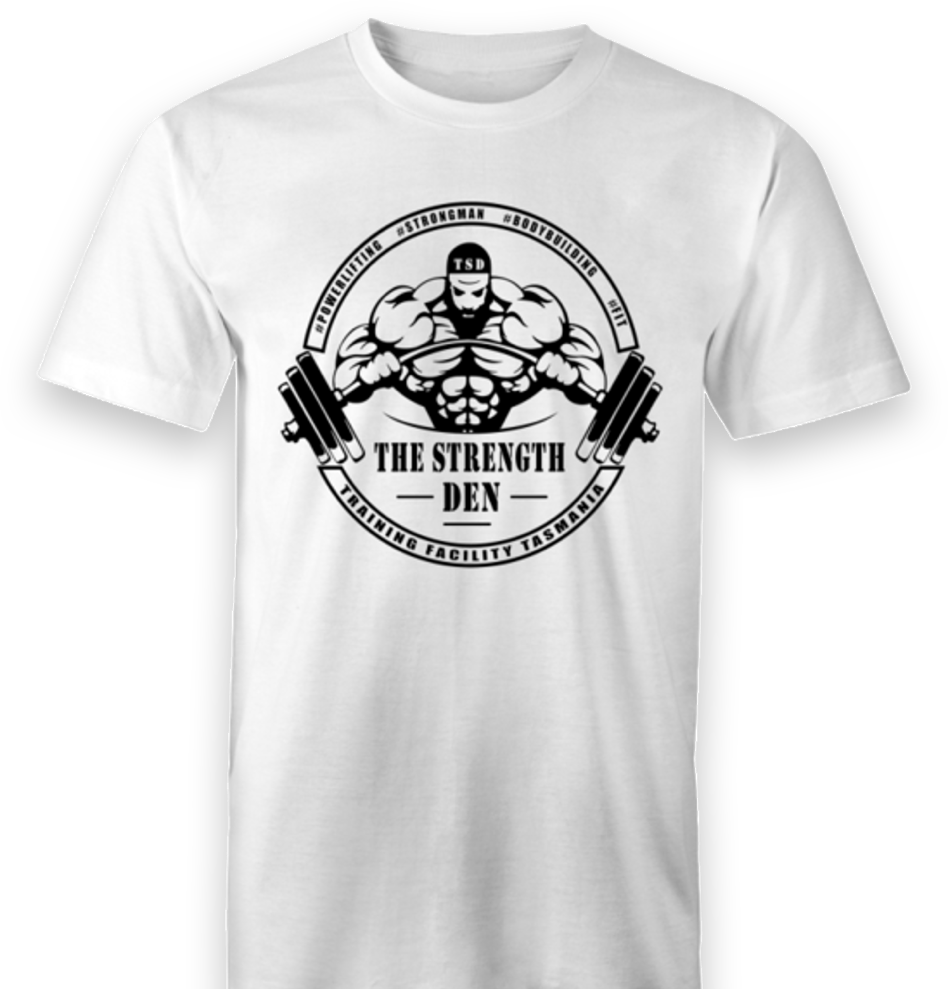